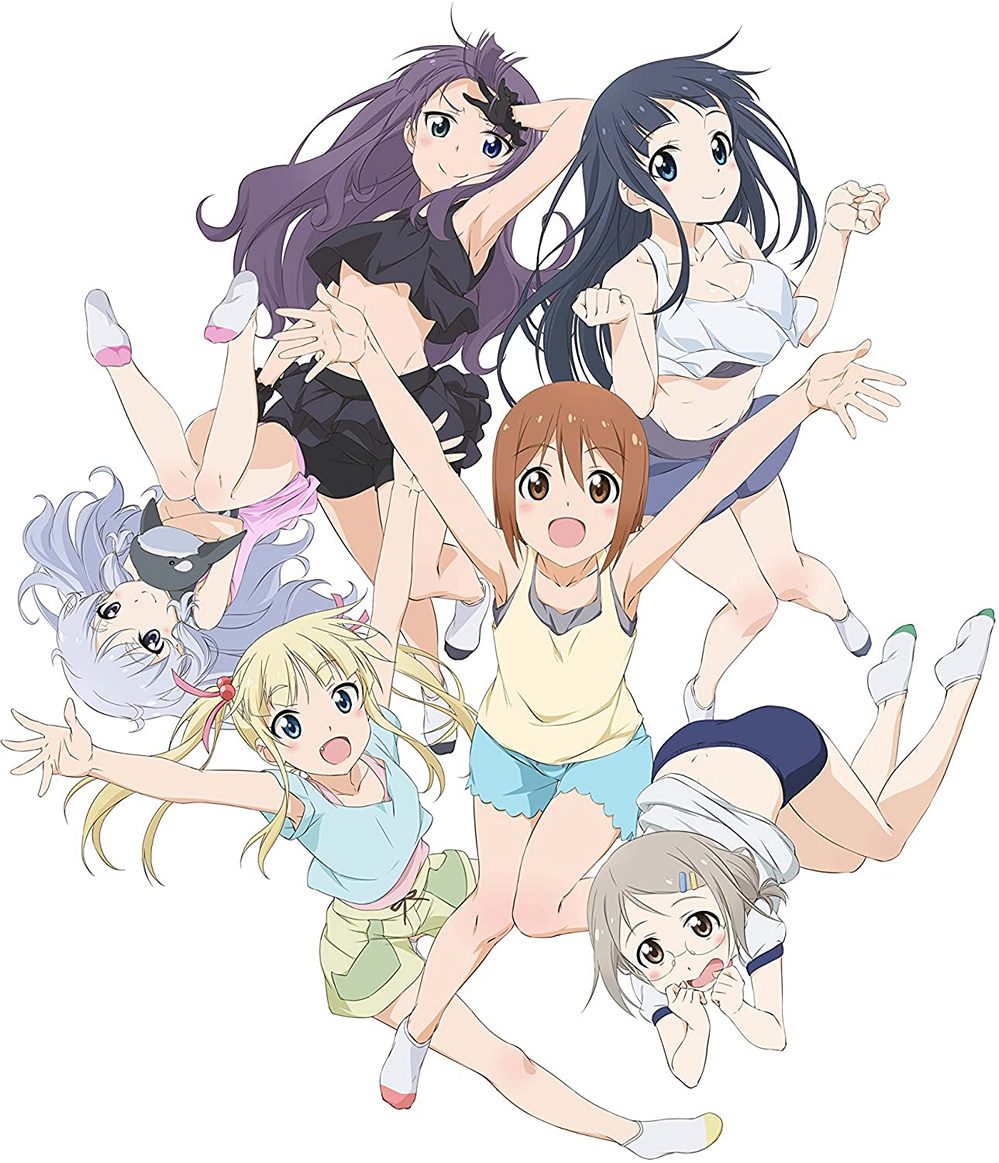 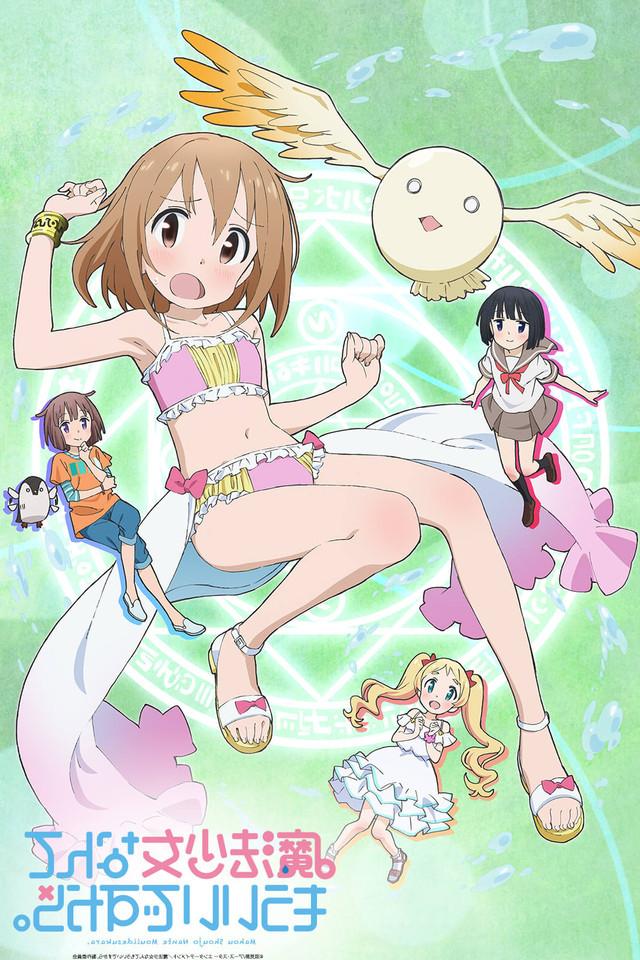 Synopsis: Yuzuka Hanami is a young, carefree girl who lives the most ordinary life imaginable. Although her father works around the clock and her mother is rarely home, she still enjoys herself and strives to be an excellent student.

Miton, on the other hand, is an alien life-form with the ability to transform his master into a magical girl, a warrior who fights evil wherever it may appear. However, there are not as many enemies as there used to be, so Miton has been out of work for a while. Starving and homeless, he has taken up residence in a pile of garbage.

As Yuzuka walks past him one day, Miton seizes the opportunity to offer his services to the young girl. Yuzuka reluctantly agrees, but when she transforms into a magical girl and discovers that her outfit is a swimsuit, she begins to have second thoughts about what she has gotten herself into!

Did the world need another magical girl anime? And a short one at that? Mahou Shoujo Nante Mou Ii Desukara. is yet another one, and it does little to stand out. At least this one seems like a parody as well, and at just over three minute an episode (minus the OP), this came off as mildly entertaining to me. A good portion of my enjoyment came from seeing the mentor mascot be treated less than ideally by the protagonist and her best friend, since that’s the main source of the comedy in this anime. I wouldn’t expect much more from a magical girl anime of this length, but I did expect some sort of half-assed story, yet there really isn’t one.

I don’t know if that’s a good thing or a bad thing, but I can say that I wasn’t bored at any point, though perhaps the super short episode length had something to do with that. Yuzuka, the main character, seemed pretty likable, but it was her best friend, Chiya, that was my favorite character. Chiya’s deadpan delivery was amusing, and because of Chiya’s protectiveness and tendency to briefly flash her inner creeper, that’s why this anime was also listed on a yuri club. Chiya also finds another of Yuzuka’s friends cute, but Chiya is still fairly mild, by yuri character standards. I really need to stop going off what these clubs include, because they’ve let me down one too many times. 😛

Overall, this was a harmless magical girl anime that wasn’t a total waste of time, unlike what you’d find with some of these short-form anime. I feel like this might’ve worked as a normal-length anime, but with very little in the way of story, it’s hard to say. Either way, I didn’t hate Mahou Shoujo Nante Mou Ii Desukara., and since there’s a second season, don’t be surprised if that ends up on a future installment of these review roundups. 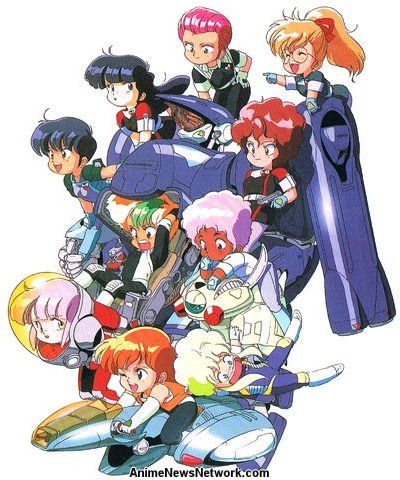 Synopsis: A super deformed parody which depicts the “making of ” Eternal Story and Destruction. A very humorous behind-the-scenes look (if “Gall Force” were a live-action series instead of being animated).

Cast and crew members run into severe and embarrassing difficulties as things do not turn out as they should; for example, Lufy totally drowns in embarrassment as she is object of a whole crowd of spectators while in the nude; the director’s obsession with realistic filming causes some real high-voltage friction with Catty; and in the end, after the premiere, the girls end up in an ongoing on-stage tussle about which one is the most popular character.

Like I often do, I didn’t really do any research or know much about this anime. Pretty much the only things I knew about this anime were that it’s really short (only one episode) and that there’s a yuri kiss involved. But despite going in (almost) totally blind, I still thought that this was a weird little parody anime that was pretty fun.

So apparently, Ten Little Gall Force is a spin-off of Gall Force 1: Eternal Story, which is an anime movie that was released a couple of years prior. I don’t know anything about that, but Ten Little Gall Force was essentially a whimsical behind-the-scenes look at the making of that movie. Most of what we’re shown is the cast and crew encountering problem after problem, and while you’ve probably seen something like that many times, I thought it was funny and entertaining nevertheless.

For me, a big portion of the enjoyment came from the super-deformed art style. It’s so cute and quirky that I feel like it contributes a lot to the comedy. As you’d expect, we don’t get to know the characters, so this OVA is a really shallow experience, unless you’re familiar with the movies, and then it only provides a little more amusement. As for that yuri kiss, there’s nothing more to it than just a accidental kiss. They aren’t lesbians or anything like that, so watching this solely for yuri is not advised. All in all, Ten Little Gall Force wasn’t half bad, and I’d actually like to see more behind-the-scenes anime parodies like this one. It’s a shame that’s never caught on.