It’s that time of the year again, so enjoy our Final Thoughts of the fall anime season that just came to an end. Hope you all have a happy and safe New Year~ 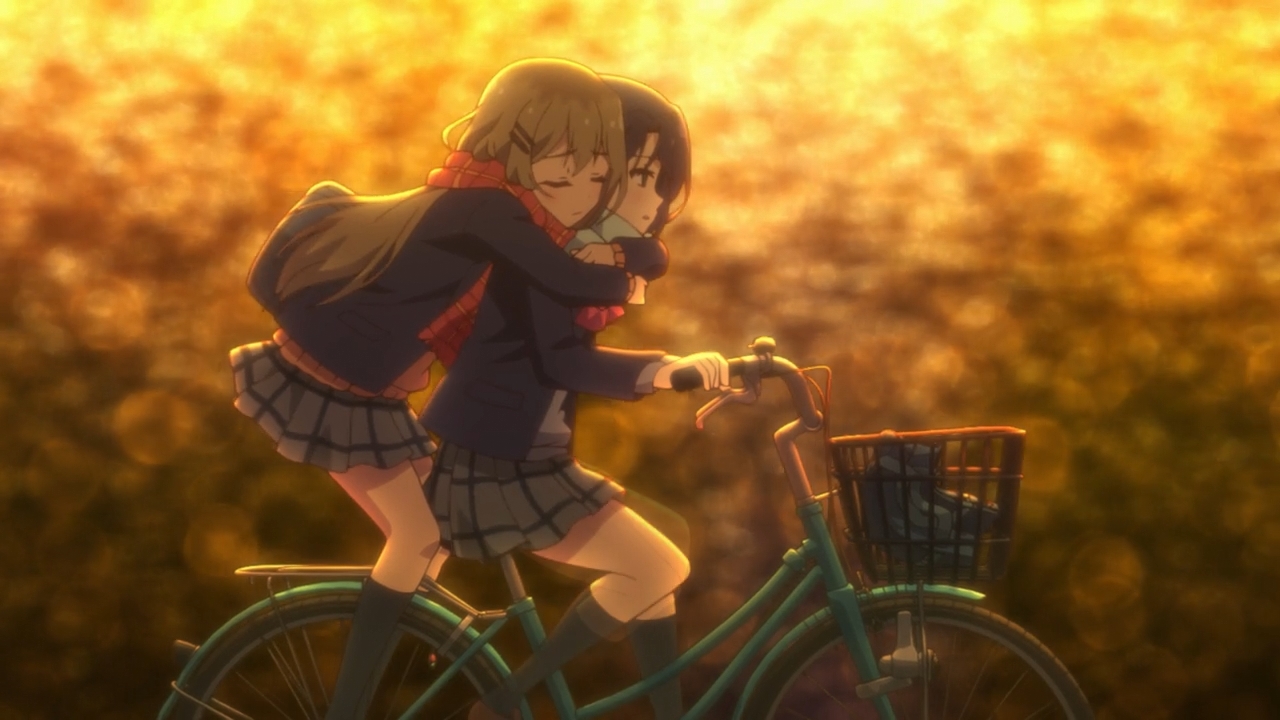 For the first time in quite a while, this season gave actual yuri anime to get excited about, but I had some mixed feelings about the yuri headliner of the season. I should mention that I haven’t read the Adachi to Shimamura light novels or manga, so this assessment is solely about the anime. Before the season began, I expected this anime to be a nice middle ground between Kase-san. and Bloom Into You, yet after finishing the season, I was left feeling unfulfilled and like AdaShima lacked the magic of both of those series.

I think a lot of that stems from Adachi and Shimamura’s relationship itself. I was surprised that they just never actually started dating, despite them acting like they already were. It was frustrating that they seemed perpetually stuck somewhere between the friend zone and girlfriends, and the somewhat cute moments never led to anything more. For a chunk of the season, I thought it was depressing to watch Adachi long for Shimamura to the extent that she did. I can’t say it’s not relatable to a degree, but I still didn’t enjoy watching it. To me, some of the more introspective moments in this series didn’t hold up to the likes of Bloom Into You, which just seemed more thoughtful and had a depth and maturity about them that this show was missing.

I definitely wasn’t a fan of Yashiro, and while Nagafuji and Hino were cute together, I’d sacrifice them for more relationship progress from the two main characters. I guess I just wanted more real romance from this anime, instead of alternating between extreme skinship and extreme shyness, acting like girlfriends then acting like mere acquaintances. It’s probably not fair to compare Adachi to Shimamura to other yuri anime, but when so many of them share the same settings and situations, it’s impossible not to. Whether it was drama, cuteness, or just some sweet romance, I felt like AdaShima was ultimately a disappointment from what I had in mind. We should be reviewing this in the coming weeks, so more will be said about it then. 😛 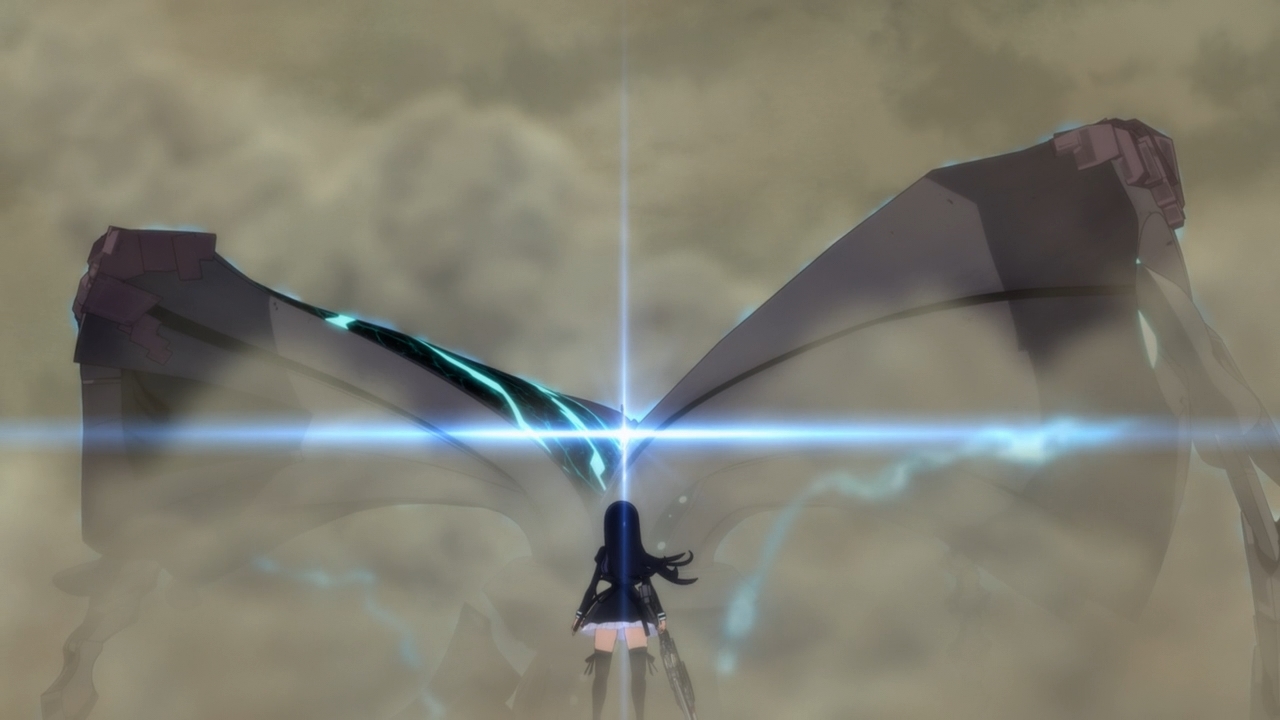 Coming from Shaft—and not helped at all by the character designs of the two main characters—it’s impossible not to compare this to Madoka Magica, but this is a pretty different type of anime, though it’s obviously still nowhere near the quality of Madoka. From a story perspective, Assault Lily seems pretty generic and not too dissimilar from loads of other magical girl anime, “some monsters appear and only these select girls can fight them off bla bla”, though this show also includes a senpai/kouhai system a la MariMite, so it’s really throwing everything against the wall and hoping something will stick. There were some story elements that I found a little refreshing, yet this was still very much a monster-killing-magical-girls anime.

Mostly uninspired and cliche story aside, the action kept me somewhat interested, but I was surprised that so much time was spent trying to showcase the characters, because, to me, that wasn’t exactly the strength of this show either. Riri and Yuyu were as cliched as the story, though I found Yuyu to be a lot more interesting than Riri, mostly due to her dark past. Still, that wasn’t enough to get me to really like either one, however, there were a lot of supporting characters, and out of everyone, Kaede was the one who I found to be the most entertaining.

Most people had to be watching this for the yuri, and while there was a lot of subtext, actual romance was missing. That was pretty disappointing to me, as I expected a lot more than that from this show. Still, compared to most other anime with similar plotlines, the heavy subtext of this wins out and helped make this a lot more watchable than my previous gripes would suggest. Overall, I feel like this anime’s action and yuri-ish core were entertaining enough to overcome its other deficiencies, and if you’re wanting a guilty pleasure anime, look no further than Assault Lily. 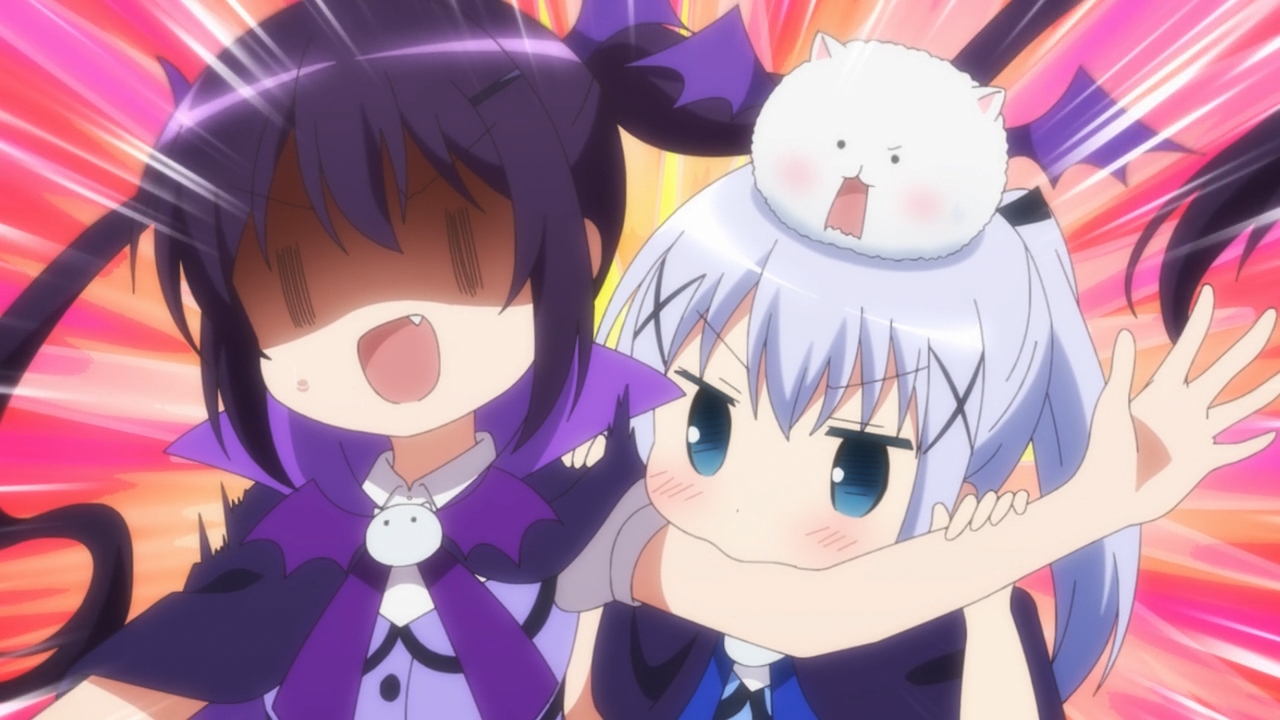 We knew exactly what to expect from GochiUsa, and I’m glad that this newest season once again delivered on all fronts. It seems like this series can do no wrong, and as long as they give us the cuteness overload that the series is known for, this will continue to be be as entertaining as ever.

The unique cafe workplace setting sort of sets this series apart from other slice of life anime, and my favorite scenario had to be the Phantom Thief Lapin scenes involving Sharo. Sharo’s a close second in terms of being my favorite character in the series, and since there weren’t enough Lapin scenes, I’d kill to see an OVA centered around her and that character. I love it when all of the girls are together, and this season did a good job of bringing everyone under one roof and just letting their chemistry shine.

Over the years, there’s been little to no yuri from this series, and the same can be said of this season. There are the usual Kokoa big sister antics involving Chino, but the subtext isn’t very strong at all. Ever since the first season, I’ve been wanting to see more Sharo x Rize cute moments, yet my hopes were once again dashed. They had a few scenes together, but nothing particularly noteworthy. Still, another season of this anime was the perfect way to bid adieu to 2020, and without question, Gochuumon wa Usagi Desu ka? Bloom was my favorite anime of the season. I don’t know if there’ll be another season, but if this is the final time we see these girls on the small screen, they certainly went out with a bang.