It’s that time of the year again, so enjoy our final thoughts on the autumn anime season that just came to an end~

Since I already posted my full review a few days ago, I don’t really have that much left to say. The anime itself was rather mediocre, the yuri, however, probably blew all our minds.

If you wanna read more, here’s our review~

END_OF_DOCUMENT_TOKEN_TO_BE_REPLACED

It’s been a while since the last News Update, so we have a lot to get to this time around. Let’s get started~ 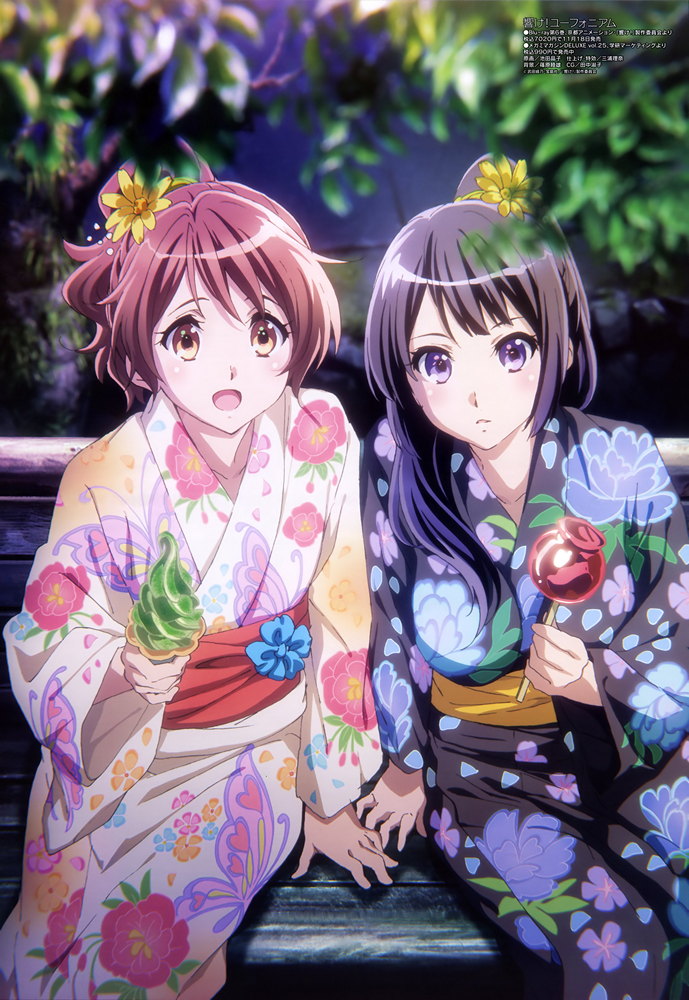 Also being announced a while back was plenty of Hibike! Euphonium news to get excited about. A recap movie, Hibike! Euphonium Movie: Kitauji Koukou Suisougaku-bu e Youkoso, as well as a second season have been given the greenlight. The recap movie is fine, but what’s really exciting is news of another season. Everyone fell in love with KumiRei, and after hearing all of the complaints voiced by the legions of yuri fans, let’s hope KyoAni comes to their senses and gives us what we really want. The movie is currently set for April 2016, while season two’s premiere is yet to be determined. If you can’t quite wait that long, don’t forget that an unaired episode (Hibike! Euphonium: Kakedasu Monaka) is being released alongside the seventh Blu-Ray and DVD volumes, which hit Japanese shelves on the 16th.

END_OF_DOCUMENT_TOKEN_TO_BE_REPLACED

Sorry for adding both of them at the same time. But I just feel like what I have to say for these two shows is pretty much the same.

Even though they didn’t lose their special touch, it still feels like the prior seasons were better. Well, Working! is still a greatly entertaining comedy, and Non Non Biyori is still as relaxing as it was last season, but something is missing.

To say it in meme language:

END_OF_DOCUMENT_TOKEN_TO_BE_REPLACED

First, Sono Hanabira, then FLOWERS and now we get even more!

This year has already been a blast for most yuri fans, and it seems as if it won’t just stop there. There are actually so many things to talk about right now that I don’t even know where to start.

Let’s just begin with what I believe is most important.

Kindred Spirits on the Roof

As we’ve been informed just a few days ago, MangaGamer has localized two yuri Visual Novels, one of them being none other than Okujou no Yurirei-san, or Kindred Spirits on the Roof, as it’s called in English.

END_OF_DOCUMENT_TOKEN_TO_BE_REPLACED

It seems like we’re on something of a hot streak of good yuri news lately, and that streak continues with the news that Kishi Torajirou’s yuri comedy Otome no Teikoku is slated to get a “petit” anime adaptation.