Yet again, the year went by in a flash, or at least that’s how it feels to me. And in old YuriReviews fashion, we’ll of course talk about our highlights of this oh so short year, so let’s just get right to it.

I feel like, compared to 2015, 2016 had a noticeably larger amount of yuri content to offer to us, especially when it comes to Visual Novels. FLOWERS, Kindred Spirits on the Roof, and Nurse Love Addiction, just to name some big titles here. But that’s the thing, despite having them and numerous others, it doesn’t just stop there. There are actually even more in the making right now, and that is a situation that has never, ever been there before. END_OF_DOCUMENT_TOKEN_TO_BE_REPLACED

2016 had a lot to offer. Maybe not too many yuri anime, but definitely a lot of other yuri media, such as a ton of yuri visual novels and some really awesome new yuri manga.

So in old YuriReviews fashion, we would like to hand out some awards for who and what we think deserves these awards most this year:

Well, other than the Valkyrie Drive Specials we can’t really say 2016 offered any other pure yuri show, so I guess we have to work with what we got and make the best of it, right? So, since I didn’t want to go with “only” some specials from a show that aired last year, I decided to go with the show that came closest to what I think is really yuri, which is Izetta: The Last Witch. Despite the fact that she show doesn’t label itself as yuri, nor do the two main characters ever really declare their love, I still feel like it’s pretty obvious that they actually do love each other—romantically, that is. And if they are not yet in a relationship with each other, then I’m freaking sure they will be at some point, since their chemistry was simply over the top amazing, just like the show itself~

END_OF_DOCUMENT_TOKEN_TO_BE_REPLACED

It’s that time of the year again, so enjoy our First Impressions on the spring anime season that just started~

After the first episode, I was thinking to myself that this could be a fairly entertaining anime for this season, but I wasn’t as enamored with the second episode, and I ended up losing some confidence in this show. It’s not that I think it’s bad, it just feels average at best.

Between this, Bakuon!!, Sansha Sanyou, and Pan de Peace!, I’m left longing for the slice of lifes of yesteryear. After getting new seasons of GochiUsa and KinMoza, I’m slightly disappointed in the offerings this year has presented so far. I’ll probably keep watching this for at least another couple of episodes, but I’m still waiting for a reason to be excited to watch more slice of life shows.

END_OF_DOCUMENT_TOKEN_TO_BE_REPLACED 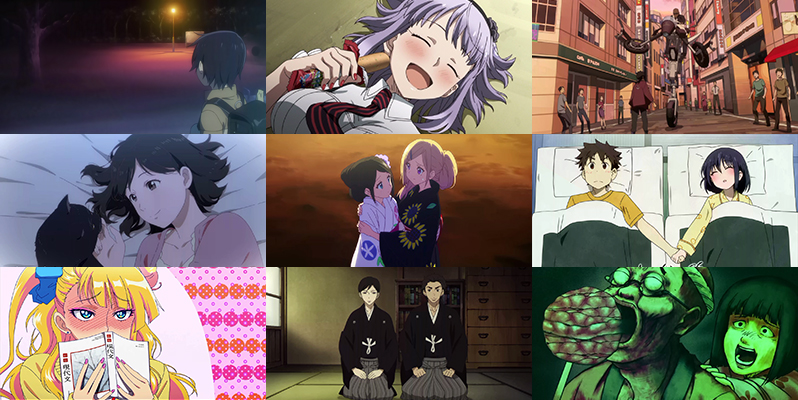 It’s that time of the year again, so enjoy our final thoughts on the winter anime season that just came to an end~

This whodunit murder mystery was easily my favorite show of the season, and it wasn’t even close. Thanks to some great storytelling that’s full of tension and intrigue, I was basically glued to the screen, eagerly awaiting what would happen next. From the first episode, this anime gets you hooked by throwing a plot twist at you that really sets the stage for what’s to come. Ultimately, suspense is the name of the game here, and I was very surprised at how well it comes across in this series.
END_OF_DOCUMENT_TOKEN_TO_BE_REPLACED

Find the first part of the February Update right here.

So after just a few more weeks, we’ve gathered enough information to post another news update that is yet again featuring Visual Novel news exclusively.

First things first, the biggest news, or more likely the news I’m most excited about is the release of the first demo for the much hyped Visual Novel Flowers -Le volume sur Printemps, as well as an official release date for this little gem.
END_OF_DOCUMENT_TOKEN_TO_BE_REPLACED

We’re back with another News Update, this time only focusing on Visual Novels~

First, I’d like to encourage all of you to take MangaGamer’s most recent licensing survey, in which you can yet again suggest other Yuri Visual Novel titles for possible future projects. Just in case you don’t know what we could possibly suggest there: How about more Sono Hanabira Visual Novels, like Maidens of St. Michael? Or maybe something a little less known, like White Robe Love Syndrome?