END_OF_DOCUMENT_TOKEN_TO_BE_REPLACED

As suggested in our post about “interactive” blogposts, this specific topic showed up as well. So as the second topic in this new post category, we’re glad to have shade shine some light of wisdom on this interesting topic~

So let’s talk about the various roles food plays in yuri. The first thing you probably think of are the standard clichés like making a bento for senpai, or some porridge for a beloved sick one, and, of course, the staple that is Valentine’s Day. But I think when done in a yuri setting, even these formulaic scenes often get a bit more depth and sparkle because they strive to achieve something more than being that of an overused trope.

END_OF_DOCUMENT_TOKEN_TO_BE_REPLACED

After 5 grueling rounds, it’s all come down to this. Your final three choices for Best Yuri Character were a mix of expected and surprising.
END_OF_DOCUMENT_TOKEN_TO_BE_REPLACED 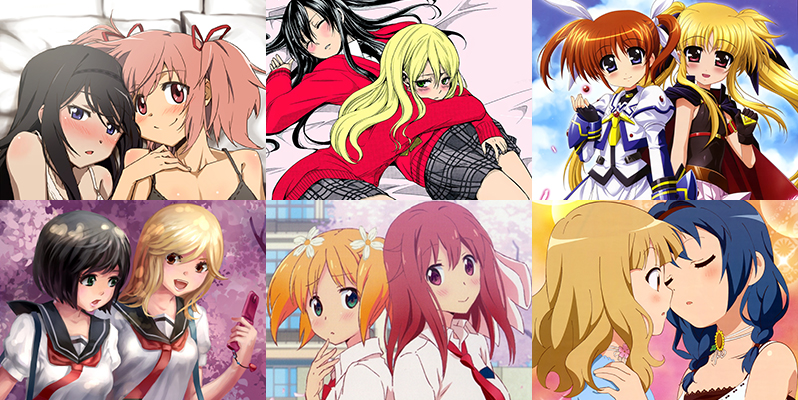 We’ve already arrived at the the semifinal, leaving us with only 6 competing pairings.

Just like the last round, I’m almost shocked to see some of the results. YuuxHaruka beat ChikanexHimeko? Interesting….

I guess this result alone might be enough to write a 10-page essay on the development of our favorite genre within the past few years. Ah well.

I’m also quite surprised to see NicoxMaki lose against HimawarixSakurako. Now, I sure hope that we’ll witness some more surprises in this round. Well, I have a feeling as if we can already tell who’s going to move on to the final round, so I really hope that I’m actually wrong and that things will stay interesting!

END_OF_DOCUMENT_TOKEN_TO_BE_REPLACED 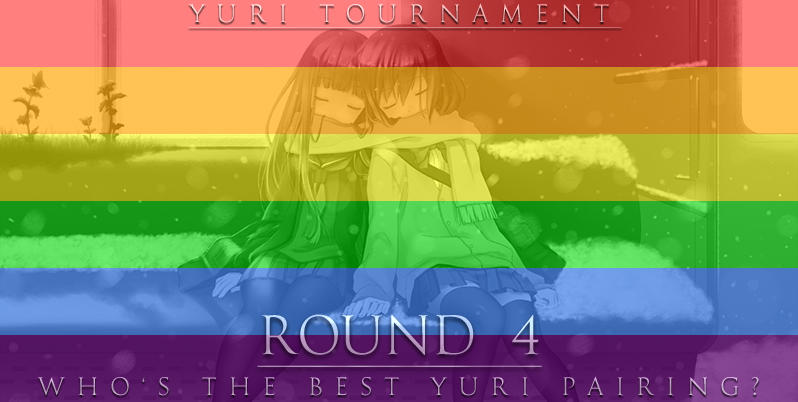 There goes my favorite pairings… Oh well, it can’t be helped, we still have some awesome pairings left, don’t you think?

I already have a feeling as if the last match of the list will yet again make some of you really sad. Stay strong everyone, just a few more rounds and we’ll have our winning pair!

For now, have fun voting~

END_OF_DOCUMENT_TOKEN_TO_BE_REPLACED

It’s almost been a year since I made my first Top 10 list of this kind. If you wanna read it, click here. During that time, some manga came to an end, others started out, and still others surprised me by turning out really well. In short, a lot of things changed, and instead of just changing my previous list, I think it’s more convenient to just make a new one.

Many of the already listed manga will appear in this list again, but a whole bunch of new titles will finally appear too. 2013 has fortunately been a year full of great yuri manga, and while I think this will continue in 2014, we can probably already say that 2014 is also the year of great yuri anime, but that’s another story.

Title: The Flower and the Star
Author: Suzukin Kario
Genre: Comedy, Drama, School Setting, Yuri
Description: Hanai is a junior higher and the best at table tennis. She’s never lost, and she’s won many tournaments, but after some freshman she’s never heard of beats her like it was nothing, she starts losing every game after that and she can’t get rid of that feeling of defeat. Now it’s her first day of high school and she’s decided to quit table tennis and live an ordinary high school life, but on the first day, she runs into the very girl that first defeated her. It turns out that she’s also quit table tennis, but this girl always has a cold expression on her face and Hanai can’t help but feel that this girl is always looking down on her and trying to mess up her perfect high school life. One day the girl falls asleep in class, and Hanai reaches over to wake her up. As she does so, the girl, still half asleep, looks up at her with a smile and almost kisses her. The girl later tells Hanai that she was having a dream about her, but Hanai coldly brushes it off thinking she’s just messing with her and walks away – as the girl behind her looks down while blushing…. — Source

I never thought a manga about table tennis could be this good, but then again, table tennis is not the main them of the story, the relationship between Hanai und Haru is. To be honest, I’d rather see Haru with her childhood friend Chika, and that’s probably the main reason why this one didn’t score higher.