Story: 6.5/10 and Characters: 7/10
14-year old Naru Seiya is pretty unhappy with herself and with her current life in general. She’s totally average in pretty much anything, and she wishes for something exciting to finally happen to her. Of course, this wish is quickly granted when she meets her new classmate, Hana, who shows her the beautiful and colorful world of a traditional Japanese dance, called Yosakoi.

For this anime season, namely the summer season, Hanayamata was seemingly the closest to yuri we could get, so just like many other yuri fans, I was pretty hyped about this one.

Now, as you can see, it took me quite a while to write this review, which in this case simply means that it took me extremely long to finally finish this anime. And why did it take me so long? That’s because I had to force myself through the last few episodes. Though, please don’t get me wrong. Hanayamata started out as a really promising-looking show. The yuri undertones were literally everywhere, the characters were mostly really enjoyable, and all their dancing was surprisingly not as annoying as I thought it would be.

END_OF_DOCUMENT_TOKEN_TO_BE_REPLACED

Another season, another great set of anime. Here’s the ones I’ve watched~

This was probably one of my favorite shows this season, and I don’t even know why. The story is nothing special. It actually just feels like a stringing together of one random fight after another. They kill monsters, they kill enemies, and sometimes they kill each other. It’s really not that interesting, but then again, there’s something about this show that just gets me addicted.

I’m quite happy this has some more episodes in store for us. Now please let us see some more of Akame!

END_OF_DOCUMENT_TOKEN_TO_BE_REPLACED 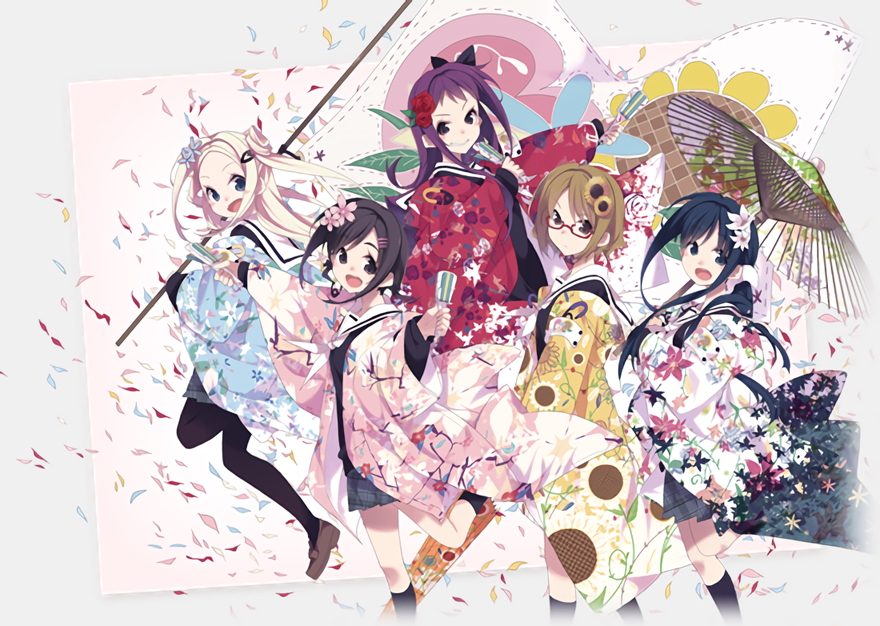 END_OF_DOCUMENT_TOKEN_TO_BE_REPLACED

First things first. Is it a yuri anime or will it just have some subtext? Maybe it won’t have any yuri at all?

Even though I haven’t read all of the available manga chapters, I think even the ones who are up-to-date with it can’t really answer that question.

After watching the first episode, I can only say the following: The yuri vibes are already quite strong.

Thanks to Naru’s constant blushing, it’s almost like I can and want to ship her with pretty much all characters that have already been introduced. Right now, I can even see a Naru harem forming, but this is, of course, only wishful thinking on my part. I don’t actually think that the story is heading that way, but it would certainly be a nice route, wouldn’t it?

END_OF_DOCUMENT_TOKEN_TO_BE_REPLACED

I’m yet again super late with this announcement, and I’m really grateful to Mai88 who pointed this out to me today.

Most of you probably don’t know Hanayamata yet, which is no surprise. Only the first chapter of the manga has been translated so far, and even though it is said to have some yuri, we still can’t be sure how much it will eventually be. I have seen this one on the Yuri Project Wiki and it also got the Yuri tag on numerous websites online, so I think it’s safe to assume that there will be at least some yuri going on, and hopefully more the just subtext.