The year is almost over (thank goodness), but there’s still more yuri news to report, so let’s begin. 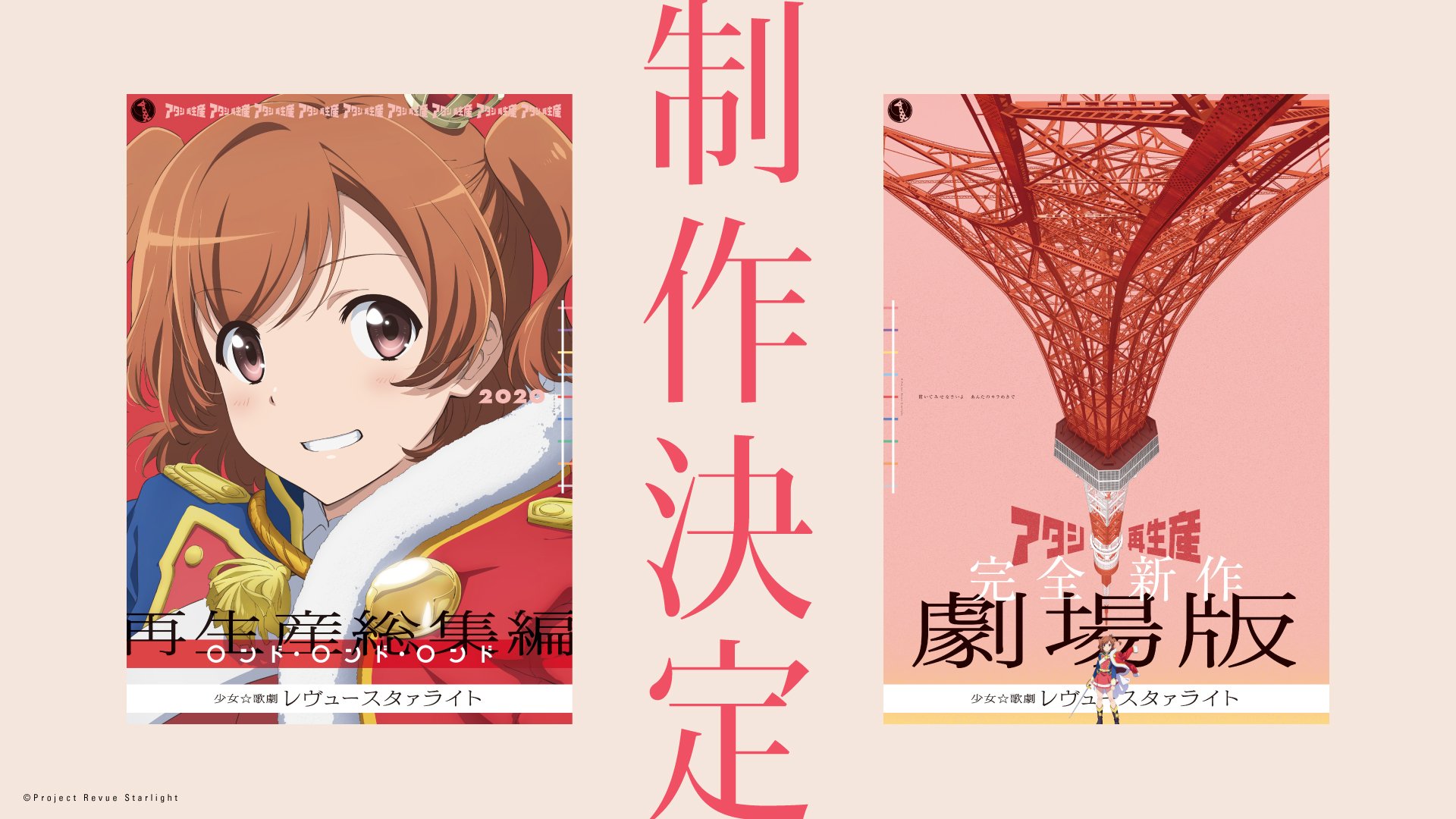 Let’s kick things off with some awesome news. One of the most pleasant yuri surprises in recent years, Shoujo☆Kageki Revue Starlight, will be getting TWO anime films. One is your standard compilation film (which will open in summer 2020), but we can also look forward to a brand-new entry in the series. Check out the short announcement video.

After years of stale music anime, Revue Starlight came along and really shook things up, and to me, it ended up being a lot more entertaining than the likes of Love Live! and The iDOLM@STER. It’ll be interesting to see where the story goes, but if this new movie doesn’t result in a two-on-one Karen and Hikari versus Kirin duel, I’m gonna be pretty upset. 😛

END_OF_DOCUMENT_TOKEN_TO_BE_REPLACED 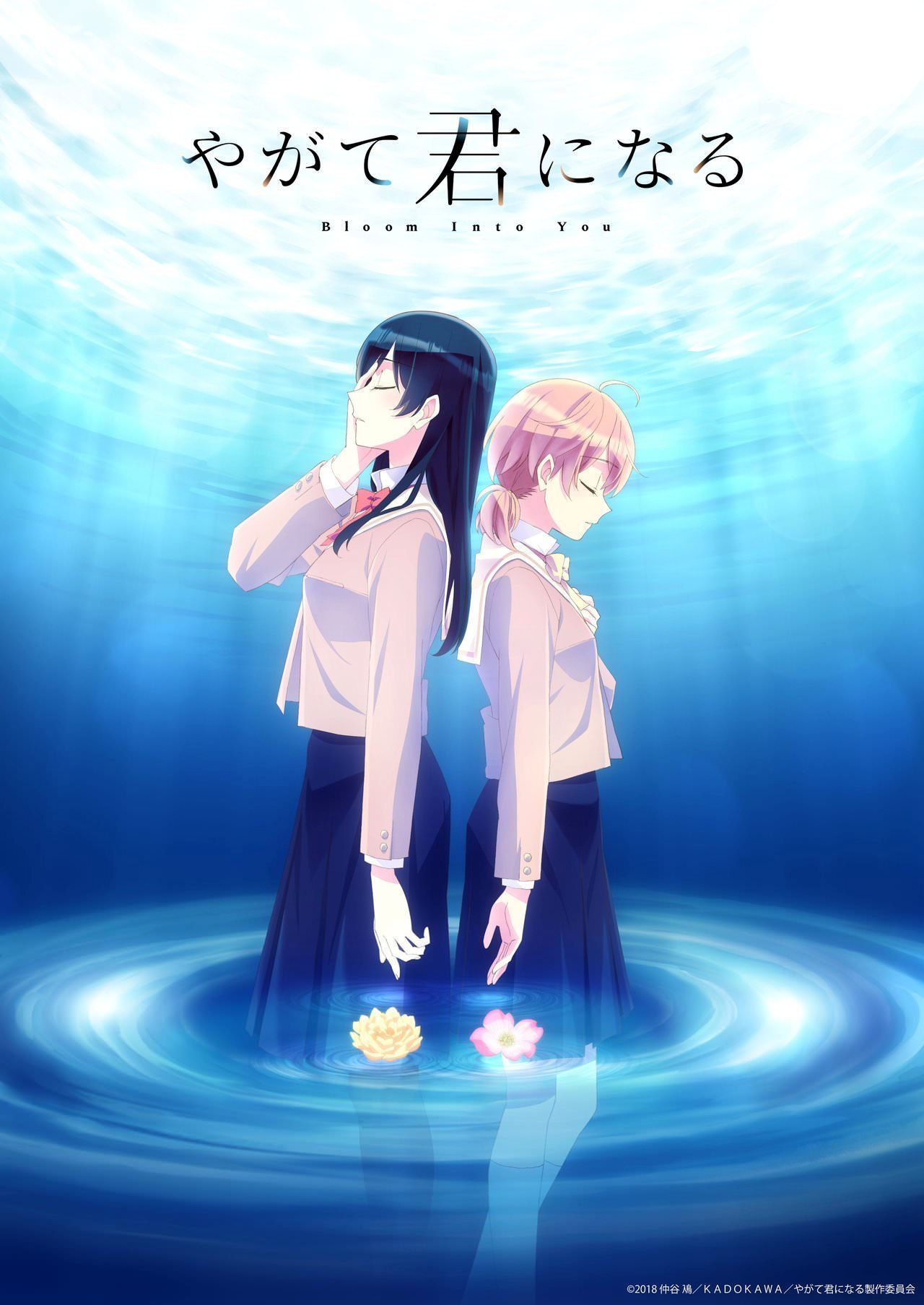 END_OF_DOCUMENT_TOKEN_TO_BE_REPLACED

Since we’re still in the middle of yet another year packed with yuri visual novels, it would be a crime to go without some fresh news for longer than a few weeks. So here we have some pretty damn awesome info for you. Let’s start right away with my personal favorite~

Okay, guys, hold on to your seats because what’s gonna hit you now is the best news ever! So MangaGamer yet again listened to our demands and will translate another Sono Hanabira title for us! Though, that is definitely not the best part of it, since it’s not just going to be any of the numerous SonoHana installments. No, it’s gonna be my personal favorite of all of them, A Kiss For The Petals – Maidens of Michael. This one is the first all-star title, featuring the first five couples the game series had to offer, as well as introducing one of my favorites, Miya and Risa.

END_OF_DOCUMENT_TOKEN_TO_BE_REPLACED

It admittedly took me a while to finish this one, though I finally did, and even though I regret not having slowed down even more to enjoy this one a little longer, I’m happy I can finally talk about this with you~

Set in the American southwest, two girls, Marina and Amber, set their sails to take part in the big gold rush that has been triggered by the discovery of an old gold rush miner’s journal that talks about having bountiful treasures hidden around the area. Picking up the lost hitchhiker Marina, Amber more or less willingly gets herself involved in a life-changing adventure.

END_OF_DOCUMENT_TOKEN_TO_BE_REPLACED

We already covered some “different” yuri works in our first post which you can find right here. Though, since new shows and such luckily keep popping up, I think we’ll never really run out of new topics to talk about, so why don’t we use the opportunity to catch up on some things?

So what you’ll find in this post is simply me talking and partly ranting about The 100, Highway Blossoms, and even Overwatch, since the Yuri community (including myself) is currently going crazy over it.

So let’s just start with The 100, probably one of the most popular ongoing TV shows featuring lesbian characters right now. Well, there’s of course Orange Is the New Black, though I tend to forget about this one, simply because I still haven’t managed to hype myself enough to actually watch more than just the first episode.

END_OF_DOCUMENT_TOKEN_TO_BE_REPLACED

Guess what news we can yet again talk about? That’s right, it’s time to talk about Yuri Visual Novels!

First off, the highly anticipated Highway Blossoms has finally been released and is available for purchase on Steam right now.

For those that are not yet familiar with the game, here’s yet again a short plot summary:

The gold rush has struck the west for a second time. Highway Blossoms is the story of Amber, a girl trying her best to be alone on the road until she stumbles upon a young hitchhiker and the journal of a prospector from long ago.

Buy the game right now and get a 15% discount~

END_OF_DOCUMENT_TOKEN_TO_BE_REPLACED

As we’re all more or less patiently waiting for the release dates of Visual Novels like FLOWERS and Catch Canvas, we’ve just recently found out that two other very promising looking yuri Visual Novels will be released really soon:

A Little Lily Princess by Hanako Games, for example, will be released in just a few more days, on May 19th, 2016.

If you wanna find out more about this game, either click its title or find it on Steam, right here.