My experience of the second season of Kakegurui was somewhat different from Lena’s overview of the anime in her Winter Season 2019 Final Thoughts post. Like the first season, I was absolutely crazy about it. I find season 1 and 2 both equally entertaining and fun to watch. Though admittedly, the awaited yuri moments were of course a let down. The anime opening is just so very misleading, showing suggestive and flirtatious scenes between various highschool girls. One can only look forward to seeing how relationships within the anime evolved… but there was nothing more than platonic friendships. The opening is a spectacular tease that will leave you wanting more. =(

For those who have never seen it, the story revolves entirely around gambling. The main character, Yumeko, transfers to a gambling school and very quickly becomes one of the top players in the game. There are no grades, teachers, or academics- instead one must survive and move up the ‘academic’ ladder through gambling. Strange concept to be sure, and I am so surprised at how this storyline drew me in so deep that I could watch the whole season in a day. The people at this school are just absolutely crazy and many of them with serious disorders and dangerous personalities. Not to mention anything can be used to gamble- not just money but your freedom and livelihood. That is really what makes this anime so interesting and worth watching- you won’t be able to step away from these twisted minds. END_OF_DOCUMENT_TOKEN_TO_BE_REPLACED

It’s that time of the year again, so enjoy our Final Thoughts of the 2019 winter anime season that just came to an end~ 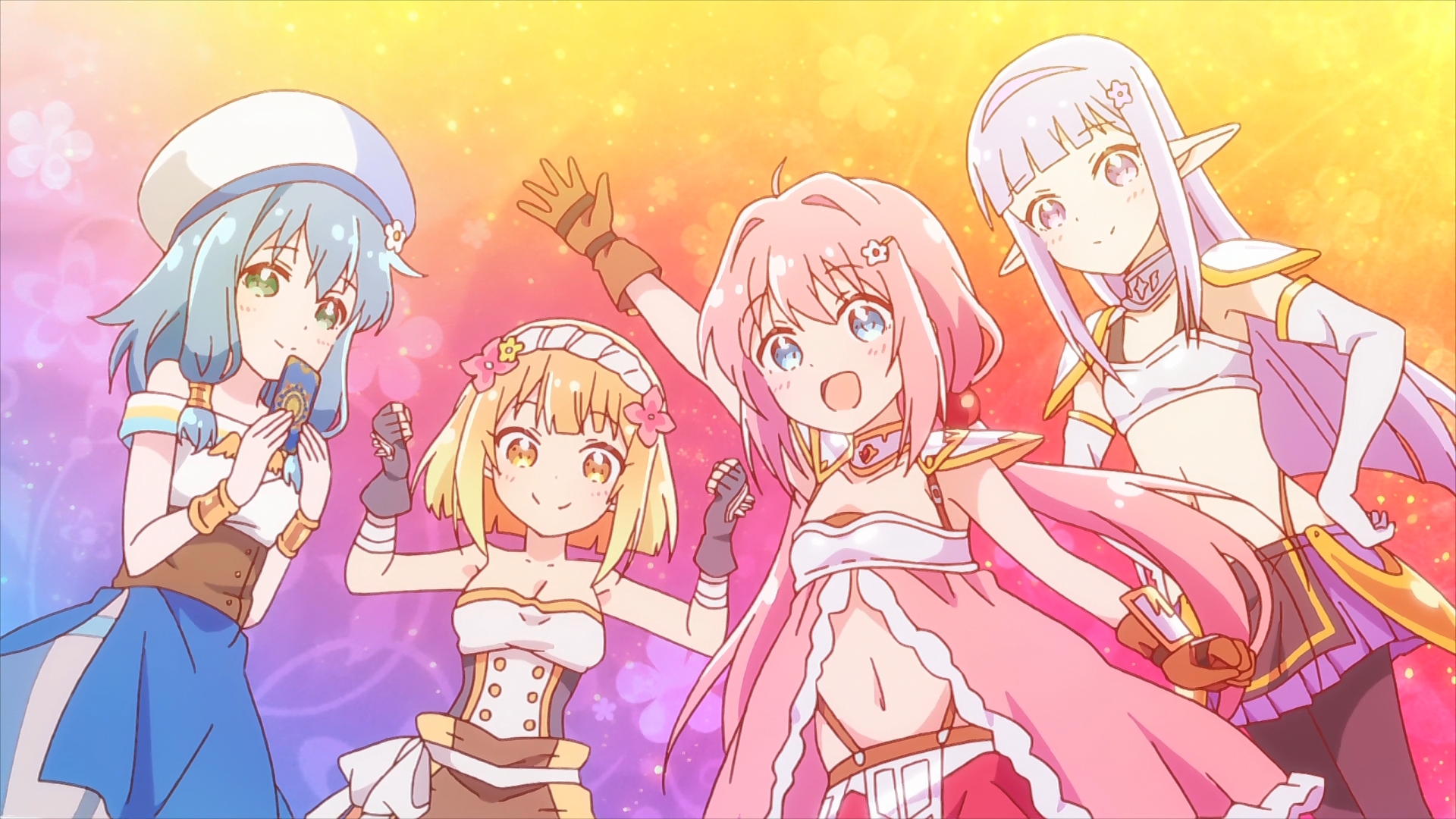 Ever since we heard of Namori’s involvement with Endro~!, yuri fans were hoping we’d get a little something something from this show, and now that it’s finished, I can confidently say that it does indeed have a little bit of subtext. Not a ton, but it’s probably somewhere in the 3 range in our patented YuriReviews rating system. It’s definitely less than that other anime that got some help from Namori, Release the Spyce, but it’s better than nothing. 😛

There aren’t enough cute girls doing cute things anime that have a fantasy setting, so this is a nice, little treat we have on our hands. I would have liked the show to play up the fantasy a little more though, because it did it in the goofiest of ways. Quests are ridiculous, tropes are numerous, and this ended up being quite a bit of fun, so I wanted more of that type of stuff. It’s nothing exceptional, yet I think fans of the genre will still enjoy Endro~!‘s brand of humor, and I also think they’ll take a liking to these characters. Yusha, Seiran, Mei, and Fai ended up being quite charming, even though they’re definitely fitting very snugly into established character types. Despite her showing a little bit of interest in Yusha, Rona was definitely my least favorite character, and I honestly, I’m glad she didn’t play a bigger role. While I’m at it, Mao was someone I wanted to see more of, since she’s so cute and funny (and she kind of reminds me of Satania from Gabriel DropOut). Anyway, they’re all very cute (Mao, Rona, and Chibi included), and together, they form a pretty solid cast of characters.

Overall, I think Endro~! was a slight upgrade over Release the Spyce (not a very impressive feat, I know), and fans of cute girls doing cute things stand a good chance of being entertained by what this anime has to offer. It’s super cute and colorful, and even though it doesn’t have as much subtext as fans would prefer, it’s still an entertaining little show that I wouldn’t mind seeing get a second season.

END_OF_DOCUMENT_TOKEN_TO_BE_REPLACED

First up, let me show you something to get you all excited about the upcoming yuri anime Tachibanakan Triangle.

It’s not exactly the anime PV that we’re all waiting for, but it does give us a good idea of how this adaptation will sound and feel. Plus, I think this will be the final cast that we’ll hear in the anime version as well. Some great choices if you ask me~

END_OF_DOCUMENT_TOKEN_TO_BE_REPLACED 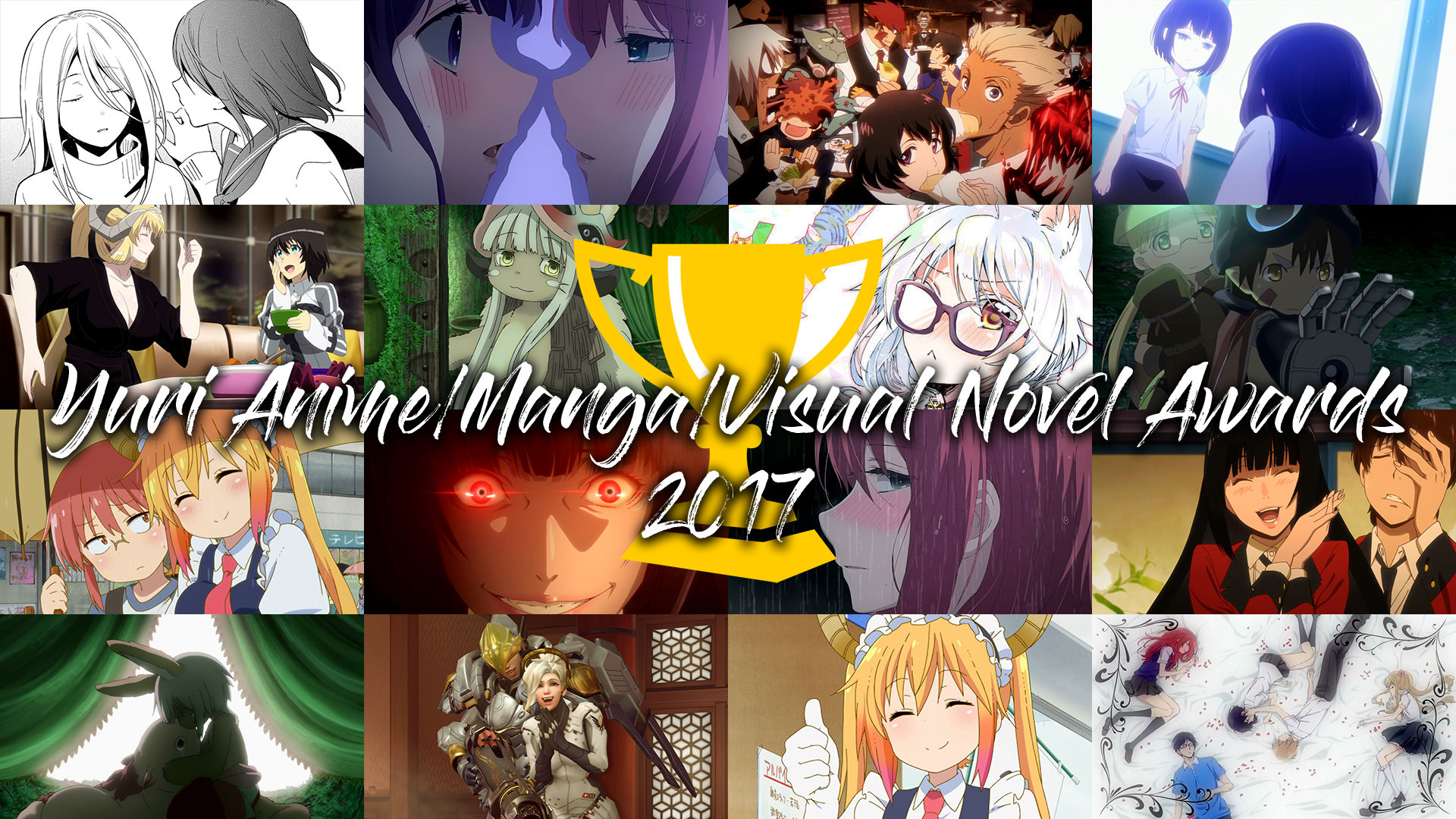 Luckily, we were yet again blessed with some quite nice yuri, be it in anime, in manga, and especially in visual novels. So following old YuriReviews tradition, here are our yuri awards for 2017, enjoy!~ 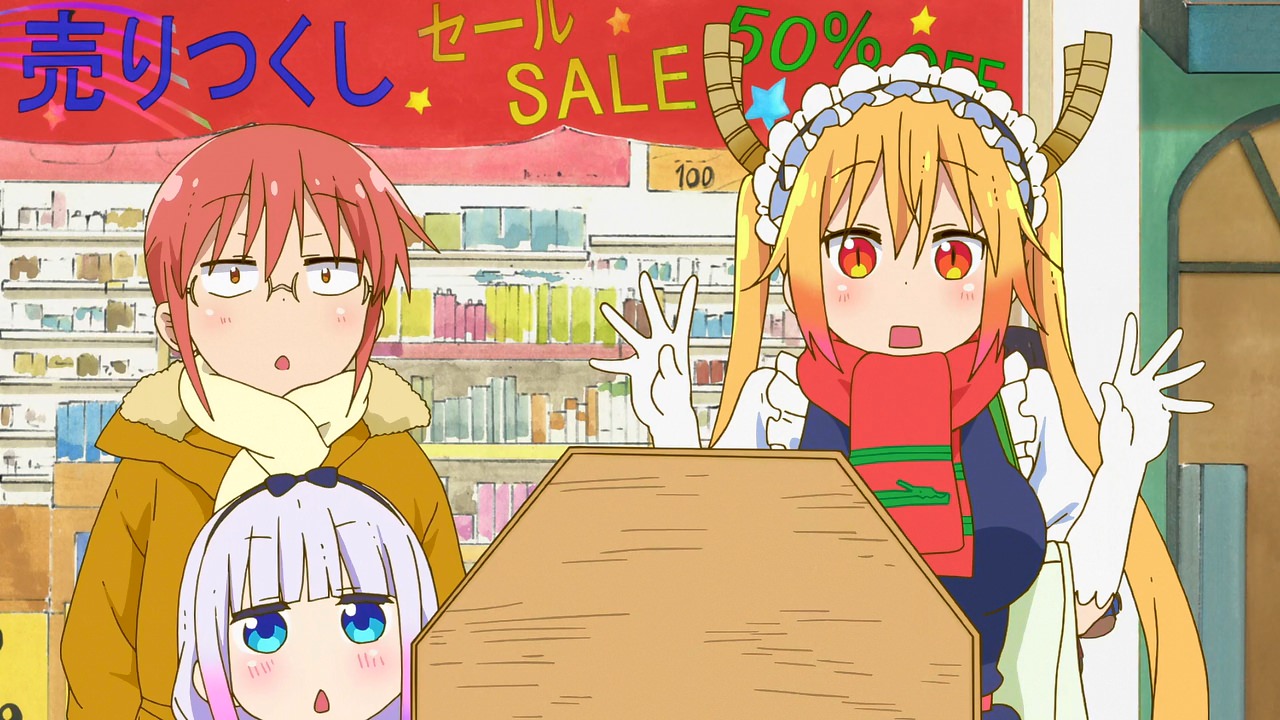 This was by far my favorite show of the entire year. Who would have thought that an anime from KyoAni would EVER feature more than only queerbaiting? Not only that, the anime features several couples, with a main cast that is pretty much completely gay and open about that, too!

Tooru, for example, never made a big secret out of her love for Kobayashi and rather screamed it out for the whole world to know whenever she felt like it. And even if this might sound like the yuri was only depicted in a comedic way, the heartfelt moments of the show proved that it was in fact not only that, but true love instead, seeing that they would both go to great lengths to be with each other.

In short, I was seriously surprised by this show, in all the right ways~