Synopsis: Taking place 75 years after the first series, Steel Angel Kurumi 2 brings the Steel Angels in a new mis-adventure. High school student and aspiring cellist Nako Kagura accidentally discovers and kisses Kurumi Mk. II at her home, thus making her Kurumi’s master. But things go awry as Nako’s best friend Uruka gets jealous and tries anything – including her father’s army of top-secret mecha – to destroy Kurumi and win back Nako. Things get more out of control when Saki Mk. II is awakened by Uruka, and Karinka Mk. II joins in to steal Nako away from Kurumi.

END_OF_DOCUMENT_TOKEN_TO_BE_REPLACED 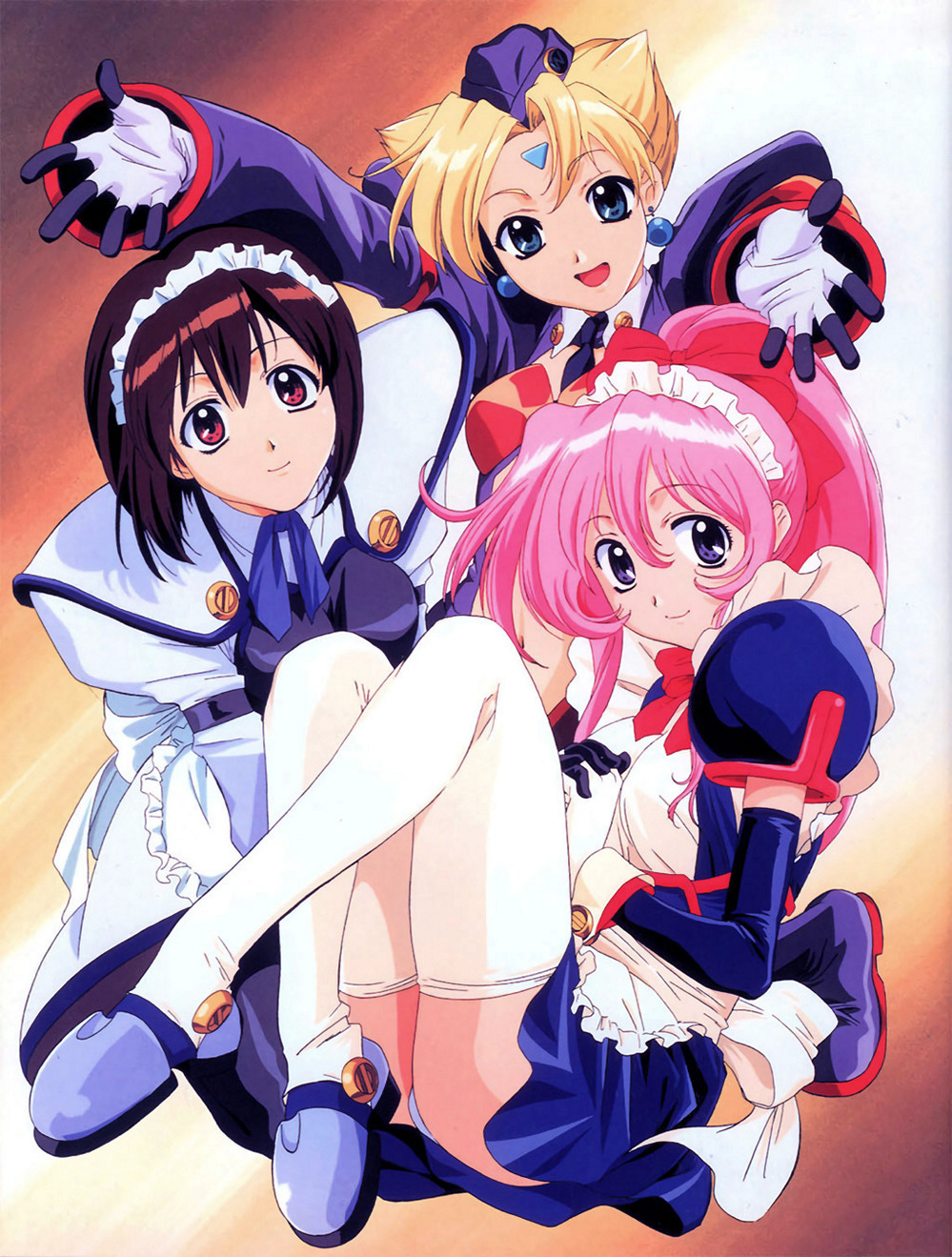 Synopsis: During Japan’s Taisho Era (1912-1926), a scientist named Ayanokoji developed the Steel Angel – an artificial humanoid with superhuman physical abilities. While the Imperial Army wanted to use the Steel Angel as a new means of modern warfare, Ayanokoji wanted his creation to be a new step in the future of mankind. Thus, he defied orders from the Army and secretly made the Steel Angel codenamed “Kurumi”. Then one day, a young boy named Nakahito Kagura snuck into Ayanokoji’s house as a dare by his friends and stumbled upon Kurumi’s lifeless body. A sudden attack by the Imperial Army shook the house, causing Kurumi to fall on Nakahito. At that moment, their lips met, and Kurumi woke up from “the kiss that started a miracle”.

Another anime from the turn of the century, a quick skim of Steel Angel Kurumi‘s synopsis and a glance at a girl in maid uniform were more than enough to let me know that I should probably keep my expectations for the story in check. Turns out, that was a good decision, because this was the quintessential generic anime story that was unoriginal, cliched, and only mildly entertaining.