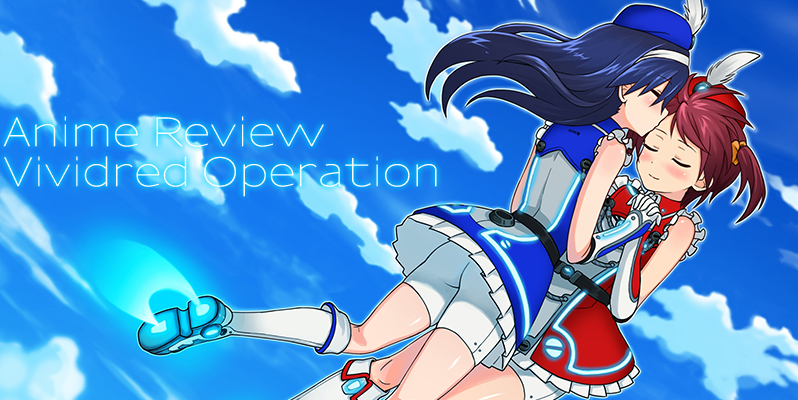 If you were to combine Strike Witches, Symphogear, and some Nanoha, you’d probably end up with something vaguely similar to Vividred Operation. That may sound interesting, but the end result is something that feels more like a cheap imitation, rather than a spirited homage.
END_OF_DOCUMENT_TOKEN_TO_BE_REPLACED

I’m a little disappointed with the recent amount of yuri in anime. I mean, it has never been much to begin with, but it also doesn’t seem to rise in quantity at all. Series with the main focus on a girl-girl relationship also won’t appear very often, so in 2013 thus far, I can mostly present you some anime with some subtle yuri undertones.

The series with probably the most “yuri potential” would be Vividred Operation, providing us with scenes like this. 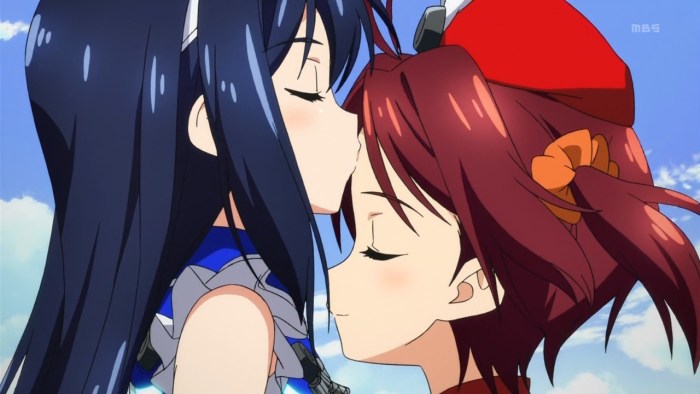 In Oshima, the happy, carefree 14-year-old Akane Isshiki lived a poor but well-loved life together with her reliable little sister, Momo, who does all the housework, and her grandfather, Kenjirou, a genius inventor who only created useless devices. When the weather is clear, they can see the artificial island, Blue Island, across the sea. In the center of that island rises the revolutionary Manifestation Engine, a discovery that solved the world’s energy problems, and leads to some major problems. (Source: Anime News Network)